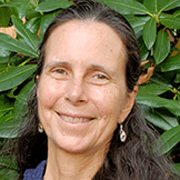 Sherilyn Smith, MD is the Chief Academic Officer of Aquifer and a Professor of Pediatrics (Pediatric Infectious Disease) at the University of Washington School of Medicine. She has been an active member of the Aquifer community since 2001, serving as a case author, member of the curriculum working group, member of the Aquifer Pediatrics integration working group, and an associate editor. Dr. Smith became the Aquifer Pediatrics Co-Editor-in-Chief in 2009 and served in that role until 2015. She became the Academic Director for Scholarship in 2015 and was appointed as Chief Academic Officer in 2019. She was a founding member of the Colleges at the University of Washington School of Medicine, serving as the Head of the Big Sky College from 2001 to 2009. She was the Director of the Pediatric Infectious Disease Fellowship at the University of Washington from 2009 to 2013 and served as the Associate Clerkship Director from 1998-2014 prior to becoming Co-Director of Medical Student Education in 2014. Her passion for medical education scholarship has resulted in numerous invited national workshops and peer-reviewed publications.

Dr. Smith’s current and past national leadership roles include: co-leader of the Council on Medical Student Education in Pediatrics (COMSEP) Research and Scholarship Taskforce (2003-2008), member of the COMSEP Executive Committee (2007-2010), and COMSEP President (2015-2017). She is on the Pediatric Infectious Disease sub-board for the American Board of Pediatrics (2015-2020).