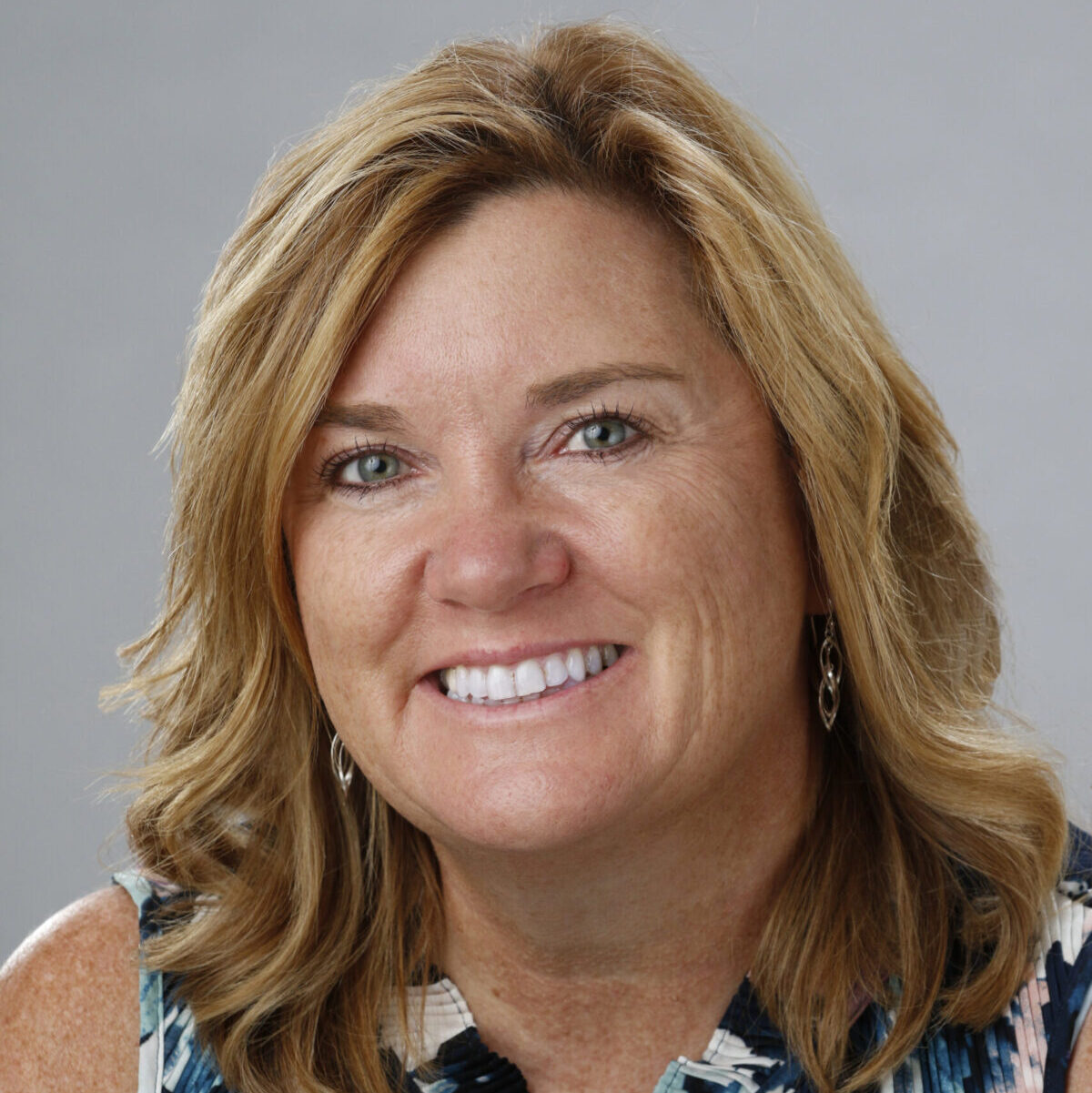 Dr. Jameson is the Associate Dean for PA Education at the Stanford University School of Medicine. She has been in PA education for the past ten years and has practiced clinically as a PA for 28 years. 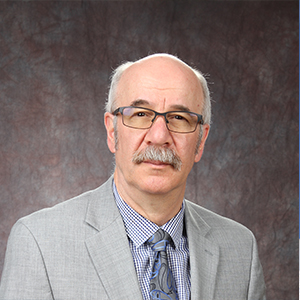 Bruce Z. Morgenstern, MD is Senior Executive Dean for Clinical Affairs at the Roseman University College of Medicine.  He received his MD degree from Jefferson Medical College (now the Sidney Kimmel Medical College at Thomas Jefferson University) in Philadelphia.  He trained in General Pediatrics at the Long Island Jewish – Hillside Medical Center in New Hyde Park, NY and did a Pediatric Nephrology at the St. Christopher’s Hospital for Children in Philadelphia.  After serving in the US Air Force at Keesler Medical Center in Biloxi, MS, he practiced for 15 years at the Mayo Clinic and then for another decade at Phoenix Children’s Hospital, where he grew a 4 person staff into a 45 person program, devoted to the care of children with hypertension, kidney disease, on dialysis, or kidney transplant, which was ranked #17 in the US News best programs ranking in 2015, having been unranked in 2012.

Bruce has also been involved in medical student education for more than 25 years.  He has served as president of COMSEP, the association of Pediatric medical school educators, and is the immediate past president of the Alliance for Clinical Education, the organization of medical school clerkship director organizations from Pediatrics, Internal Medicine, Family Medicine, Ob/Gyn, Neurology, Psychiatry, Surgery and Emergency Medicine.  He is the editor-in-chief of the Guidebook for Clerkship Directors, reviewed in the Journal of the American Medical Association (JAMA) as a “must have” book for medical educators. He has also been the local lead for CME at both the Mayo Clinic in Rochester and Phoenix Children’s Hospital.

Prior to his move to Nevada in 2015, he served on the boards of the Phoenix Children’s Hospital, the Ronald McDonald House in Rochester, MN and Phoenix, AZ, and the National Kidney Foundation of Arizona.  Bruce and his wife have an adult daughter, arguably more adult than he is.  He enjoys hiking and travel. 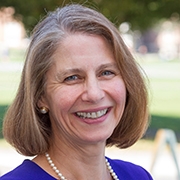 Leslie Fall, MD is the Chief Executive Officer of Aquifer. Since the organization’s inception in 2006, Dr. Fall has been at the helm, working to advance Aquifer’s mission and innovate in health care education. Dr. Fall was the Principal Investigator on the federal grants that developed Aquifer Pediatrics, the first course produced and distributed by Aquifer and that served as the foundation for the organization.

Dr. Fall is also an Adjunct Professor of Pediatrics at the Geisel School of Medicine at Dartmouth and practiced pediatric hospital medicine for twenty years until assuming her leadership role full time at Aquifer in 2015. A Dartmouth medical school graduate herself, she has completed a medical education fellowship at Michigan State University and the Executive Leadership in Academic Medicine (ELAM) program for women. Dr. Fall is a former pediatric clerkship and residency program director, Associate Dean for Faculty Development, and an inaugural member of Geisel’s Academy of Master Educators. While at Dartmouth she served on the medical school’s appointments, promotion and tenure committee for four years, and as the chair in her final year on the committee.

Dr. Fall has been both locally and nationally involved in the continuum of medical student, resident and faculty education throughout her career, particularly through the lens of expertise development. More recently she has turned her attention to transforming the teaching and learning of basic sciences in health professions education. Her work has resulted in numerous invited national workshops, visiting professorships, awards and publications.

Dr. Fall lives in Hanover, NH with her husband and has three children. She is an avid reader who enjoys cooking, running, and gardening.

President, Board of Directors

Margaret Mulley, CPA retired as a Senior Audit partner from Deloitte & Touche, LLP in 2012 with more than 30 years’ experience in leadership, governance, and client service roles in the firm. From 2009 to 2012, she was the Chief Learning Officer of Deloitte & Touche, LLP, leading an organizational transformation that involved recruiting and leading a team of professionals responsible for developing the technical, professional, and leadership learning for more than 12,000 auditors and risk consultants in the US to enable the successful launch of Deloitte University. In addition to her client service, she served as Managing Partner for Strategy, Innovation, Communications, and Marketing and as the Americas Leader for Emerging Growth Company Services for Deloitte & Touche, LLP.

Ms. Mulley currently serves as a consultant in global health care delivery, principally through the delivery of learning programs to develop and implement new models of care and advancement of accountable care systems and organizations. She served on the Board of Directors and as Board Secretary of Deloitte & Touche LLP from 2003 to 2012, and on the Board of Deloitte LLP from 1995 to 1999. Currently, Ms. Mulley serves on the boards of Marts & Lundy, Colby-Sawyer College, and The Family Place.

Margaret graduated from Wellesley College with a degree in Mathematics. She earned master’s degrees from Simmons College and MIT. She is married to Albert Mulley, Jr., MD, MPP, who is the Managing Director for Global Health Care Delivery Science at Dartmouth College. They have two adult children. 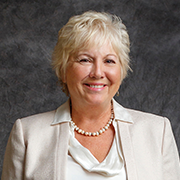 Dr. Jones-Schenk served six years on the Board of Directors of the American Nurses Association and is Past President of the American Nurses Credentialing Center (ANCC). She is co-associate editor for the monthly Leadership column for the Journal of Continuing Education in Nursing. Dr. Jones-Schenk is the 2015 recipient of the U.S. Distance Learning Association’s Award for Outstanding Leadership by an Individual in the Field of Distance Learning and the 2017 winner of the Digital Learning Innovation Award, a Gates Foundation-supported award and prize presented by the Online Learning Consortium. In addition to Aquifer, she serves on the Boards of The Council for Graduate Education in Nursing Education (CGEAN) and the leadership team of the National Education Progression in Nursing (NEPIN) Collaborative. 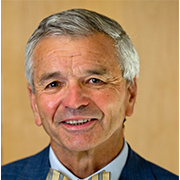 Charles Prober, MD is the Senior Associate Vice Provost for Health Education and Founding Executive Director of the Stanford Center for Health Education. He is a Professor of Pediatrics, Microbiology, and Immunology. He is an expert in pediatric infectious diseases with an academic career focused on the epidemiology, pathophysiology, prevention, and treatment of infections in children.

Dr. Prober has been involved in medical education throughout his career. He has directed a number of undergraduate and graduate student courses in the classroom and at the bedside. Dr. Prober served as Senior Associate Dean for Medical Education at Stanford from 2007-2017, and in that role he worked diligently to create a more diverse and supportive educational environment for students and graduate medical trainees. Some of the initiatives developed under his leadership included: the highly successful Educators-4-CARE (E4C) program, the Office of Medical Student Wellness, expansion of combined degree programs, and the creation of the Teaching and Mentoring Academy.

In addition to being a national advocate for enhancing the richness of interactions between faculty and students in medical education, Dr. Prober has advocated for a more measured approach to the use of national examination scores in the selection of residents, working with the leadership of the National Board of Medical Examiners (NBME) and the Association of American Medical Colleges (AAMC).  He is the recipient of multiple teaching awards, including the 2016 Henry J. Kaiser Family Foundation Award for Outstanding and Innovative Contributions to Medical Education. 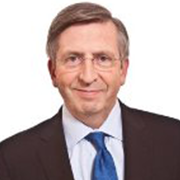 Chair, Board of Directors

Blake Darcy has spent most of his career on Wall Street. He founded the online brokerage firm DLJDirect in 1987 and led the firm as its CEO from 1987 through 2001. During this time, he launched online brokerage joint ventures in Japan and in Hong Kong, while also launching a stand-alone online firm in the UK. In the late 1990’s, Mr. Blake formed a technology firm, iNautix, to provide Internet solutions to other financial services firms. As part of this venture, he formed an offshore facility in India, which now has over 4,000 employees. He took DLJDirect public in 1999 as one of the largest internet IPOs in NYSE history.

Mr. Darcy graduated cum laude from Hamilton College in Clinton, NY with a degree in Government. He currently serves on six boards, including Aquifer. He is on the board of three start-up firms: Quantopian, a Boston-based crowd sourced hedge fund; CarNow, a Hanover, NH-based firm developing innovative chat solutions for the automotive industry; and Trading Ticket, a NYC-based financial services technology firm. He also serves as treasurer and board member to the Upper Valley Humane Society, and recently joined the board of Crossroads Academy in Lyme, NH. Mr. Darcy lives in the Upper Valley with his wife and three children. 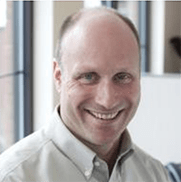 Stephen Lawe is the CEO of RSG, a consulting firm that develops transformative methods and ideas to solve complex problems. With over 30 years of experience, he focuses on developing state-of-the-art tools to inform policy makers and Fortune 500 business leaders. Stephen is a nationally recognized advisor in infrastructure finance, transportation energy demand, climate change and equitable allocation of billions of federal dollars for low-income housing. In addition to his CEO role at RSG, Stephen has taught policy courses at Vermont Law School.  Stephen received his BA from St. Lawrence University, his MA in Systems Thinking and Resource Policy Management from Dartmouth College, and an MSEL Environmental Law from Vermont Law School.  He enjoys spending time in the wilderness and instilling a love of the outdoors in others.